Peter Lynch’s 6 Types of Companies You Need to Know

In his book, One up on Wall Street Peter Lynch explains that there 6 categories that stocks can fit in to. Each category has varying potential returns, risks, and reasons that an investor may invest in them. In this article, we will discuss the 6 categories, examples of those companies, their risk profiles, what characteristics to look for and signs that you should sell.

The 6 categories of companies are:

Slow growers are large and mature companies. They are expected to grow slightly faster than the gross domestic product (GDP). They grow at a rate of between 2 and 4%. Companies with slow growth can expect low increases in price.

If you are going to invest in a Slow Grower you are likely doing it for the dividend.

Things you should look for in a Slow Grower are:

You should sell a Slow Grower if:

Stalwarts are multibillion-dollar companies that grow slightly faster than slow growers. Stalwarts should grow earnings at 10 to 12% per year. They offer good protection during recessions.

Things you should look for in a Stalwart are:

You should sell a Stalwart if:

Fast growers are small, aggressive, new companies, that grow at 20%+ per year. This is where the 10-baggers live.

If you are going to invest in a Fast Grower you are likely doing it for the potential of big returns.

If you want to invest in slow growers you should look for the following:

You should sell a Fast Grower if:

A Cyclical is a company whose profits rise and fall with changes in the economy. During booms, the company will grow its profits and prices will rise. During recessions, profits will shrink and prices will fall.

Cyclicals can be low risk, high reward or high risk, low reward depending on how well you can anticipate the cycles. If you are right you can make 10x your money, if you are wrong you could lose 90%.

If you are going to invest in a Cyclical you are likely doing it for a short term buy and sell. You want to get in at beginner of the uptrend and get out before the cycle turns down. This is much easier said than done.

Things you should look for in a Cyclical are:

You should sell a Cyclical if:

Turnarounds are companies that are down in the dumps. Their growth may be zero or even negative. They may already be bankrupt so have a chance of going to $0. Turnarounds are companies that you believe are going to be able to right their troubles and start growing again. If a turnaround can fix its issues then its stock price can rise very quickly.

Things you should look for in a Turnaround are:

You should sell a Turnaround when:

An Asset Play is a company that is sitting on something valuable that Wall Street is overlooking. The asset could be something such as a mine, and oil field, cash, or property.

Lynch gives the example of Pebble Beach. In 1976 Pebble Beach was selling for $14.50 per share. This gave it a market cap of $25 million. Less than 3 years later 20th Century Fox bought Pebble Beach for $72 million or $42.50 per share. 20th Century Fox then went and sold the gravel pit (an asset) for over $30 million. The gravel pit alone sold for more than what the entire company was being sold for in 1976 which included hotels, two golf courses, and 2700 acres of land.

Asset plays are low risk, high reward. But only if you are sure of the value of the assets.

Things you should look for in an Asset Play are:

You should sell an Asset Play if:

One thing to remember is that a company won’t stay in the same category forever. A fast grower may become a stalwart than a slow grower. A company can also fit into several categories at the same time.

By placing a stock into the six categories it allows you to understand what to look for.

You can check the key characteristics the company should be exhibiting such as room for expansion in a fast grower. It will also allow you to set reasonable expectations, you shouldn’t expect growth of 20% in a slow grower like Coca Cola (KO). Lastly, it can help you identify reasons to sell.

If you would like to read more about the 6 categories of stocks described by Peter Lynch then I recommend picking up a copy of One up on Wall Steet. (This is not an affiliate link). 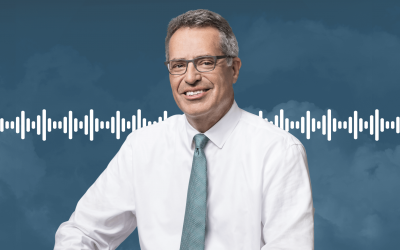